“Sizes for all”: They present a bill that seeks to create a Single System of Sizes at the national level

In 2019, the designer Antonia Larraín launched a campaign that sought to vindicate large sizes in the fashion industry and thus be able to raise awareness about discrimination based on the limited variety of measures in the market.

The campaign denounced that the lack of available supply contributed to creating false physical imaginaries that were often unreal or unattainable.

“Sizes for all is a manifesto that seeks to raise awareness about the level of discrimination that exists in the fashion industry regarding the almost zero variety of sizes that this item offers us, thus marginalizing the majority of people, making bodies invisible. and creating unrealistic and unattainable stereotypes of beauty”, stated the campaign on its website.

Also read: The end of stereotypes: The integration of women in mining 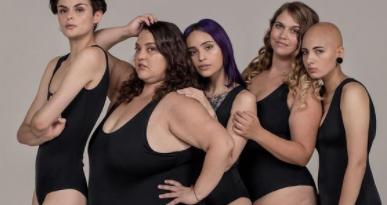 However, during this day, Larraín together with the deputies Gael Yeomans (CS), Marcela Sandoval (RD) and Erika Olivera (RN) launched a bill that seeks to create a Single Size System at the national level, in order to end discrimination based on size and also be able to take better care of the environment.

In this sense, Larraín maintained that “we are promoting a size bill so that we do not have to suffer any more every time we need to find something as basic as pants or underwear. (…) What this project is about, is to make a study of the bodies of Chile and through that study, create a size chart that is unique, where all the brands can adapt their sizing”.

For her part, the deputy Gael Yeomans specified that this project seeks "to standardize everything that is made in Chile and import it in sizes that are known by all, with centimeters and all measurements so that there is clarity and thus we do not have return the clothes and take care of our environment. But also because there is a lot of pressure, there are stereotypes about our bodies and mental health problems are also generated”.

Also read: María Elisa Quinteros: “People are bored with the fights, they want to see us working together”

Likewise, Marcela Sandoval explained that this project "is very important because we are not only going to be promoting non-discrimination based on the sizes and differences of bodies that we all have, but we are also going to contribute to not discarding clothes and is well used and we also contribute to taking care of our planet”.

"Because we don't want more stereotypes, nor more discrimination, it is because we support this project," said Erika Olivera.